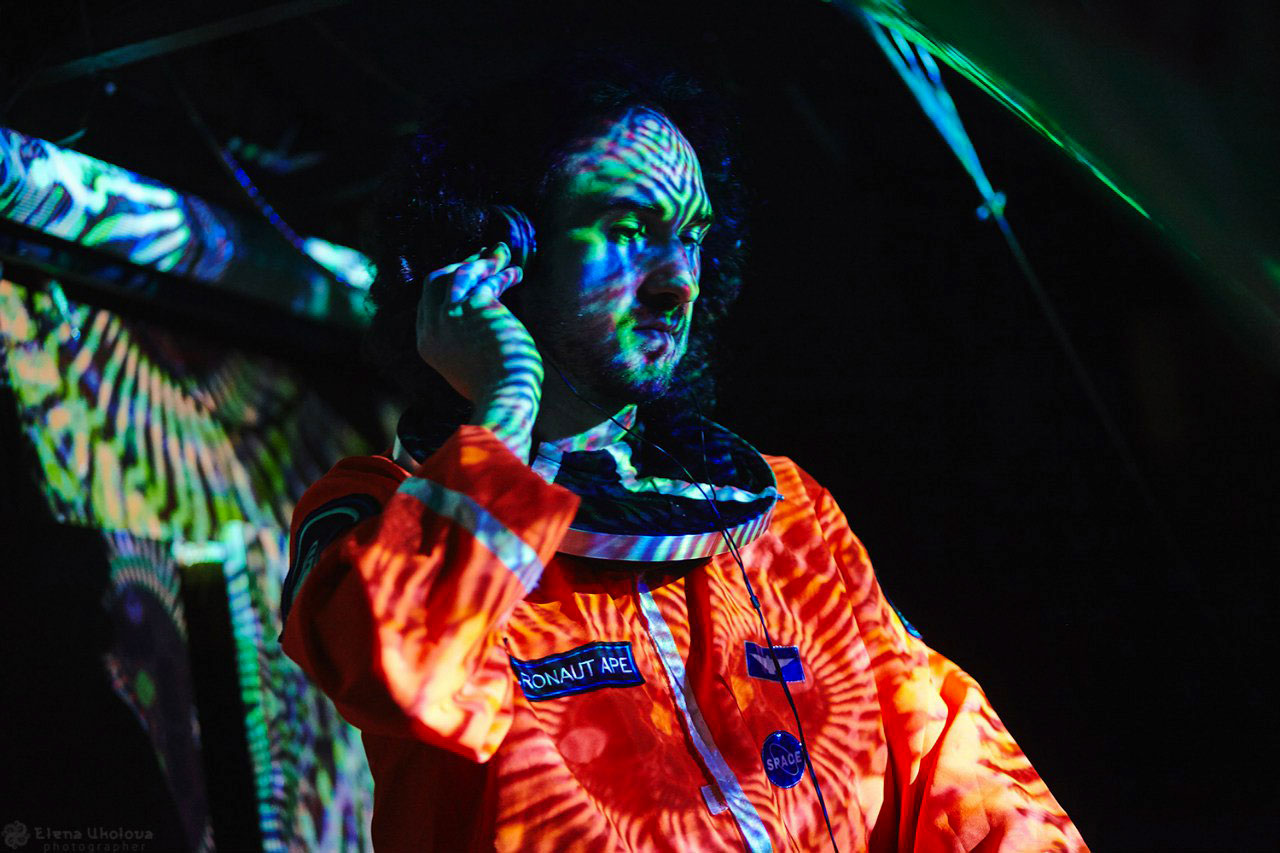 Astronaut Ape is an electronic music act formed by experienced music producer Oleg Belousov. Now he is well known around the world by cosmic sounds of his atmospheric and danceable music.

Astronaut Ape released six albums and made a compilation “Cahaya Dari Jiva,” inspired by the Awaredance festival in Indonesia. Along with that, his tracks were published by many labels worldwide. He is a frequent guest on numerous radio broadcasts.

Oleg enjoys playing live sets, as well as studio working. His performance takes you on a journey to high soundscapes on a party as well as on the personal audio system.

Have a nice flight with inspiring music from Astronaut Ape!