Astronaut Ape — To Infinity And Beyond 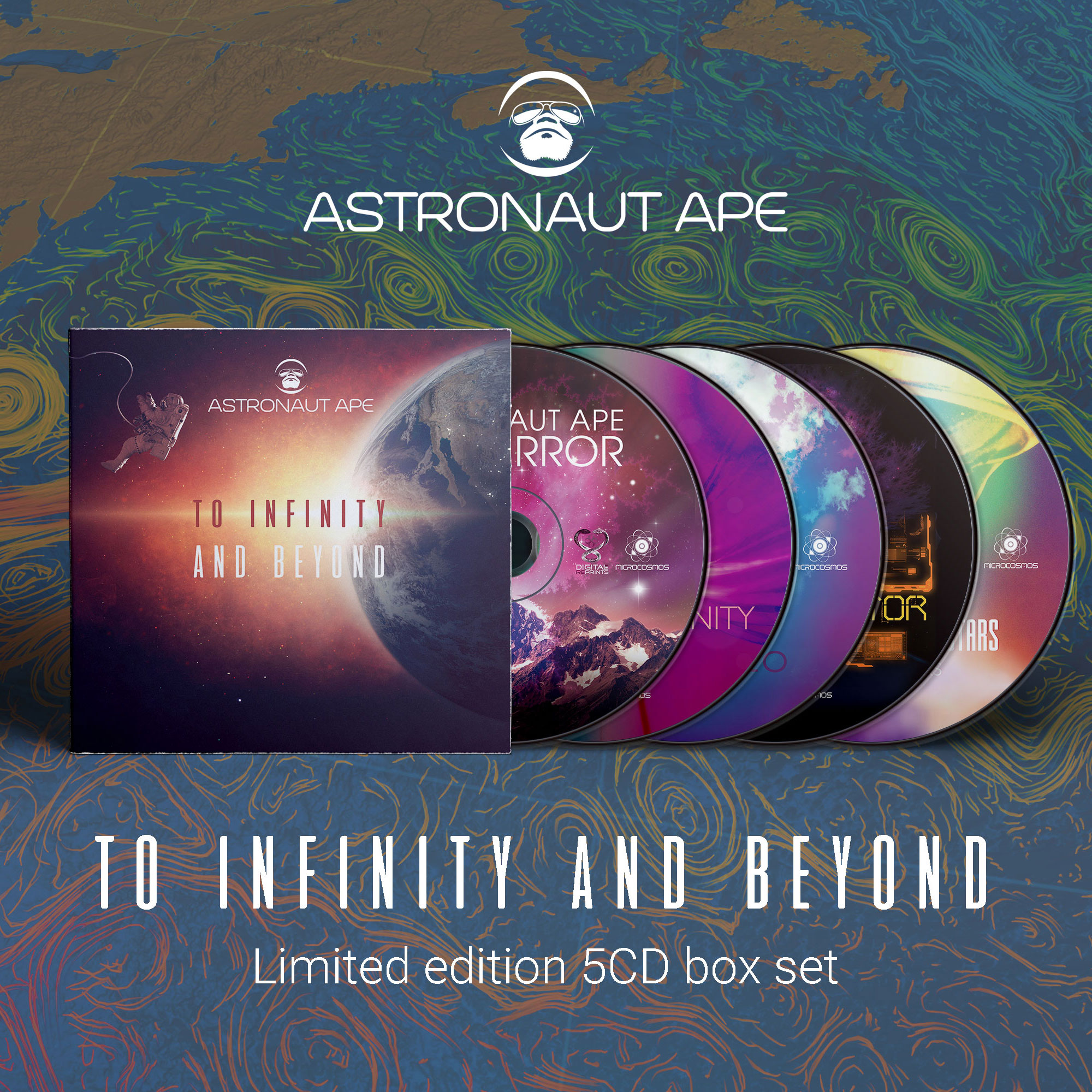 After the successful completion of the 4th project (they are being shipped as you read this) is time to go back to the Chill-Out genre again. And our pilot for the next trip will be Mr. Oleg Belousov, the man behind Astronaut Ape.

6 years ago was the first time i heard his music with his EP A Little Closer To The Stars. Since then I watched closely his work hoping for a physical release, something that never came to fruition. One EP and four albums later the feeling of desire was getting unbearable. Until now hopefully.

In collaboration with Microcosmos Records, we ask for your support to print all of Astronaut Ape’s releases. His 4 albums presented in a 4xCD 8-panel digipack, beautifully designed by Oleg himself plus his first EP as a bonus in a card wallet (plus other material filling the little disc to the brim).

I would describe his music as Cosmic/Space Chill-out but on the other hand I was never good describing music, in the end it’s all about feelings and emotions right? So I would advise you to check and immerse yourself into his music.

Subscribe to get the upcoming releases in your inbox: